On my last outfit post, Leopard Print Summer Dress for Paris, I showed you my attempt on a Parisian chic look. But our visit in Paris was not meant to strut around in heels. Instead, to see the historical places of France, to explore Paris by walking on its sun-kissed heated pavements and running to catch the subway train. Here are the casual looks I wore in getting to know the city of love. 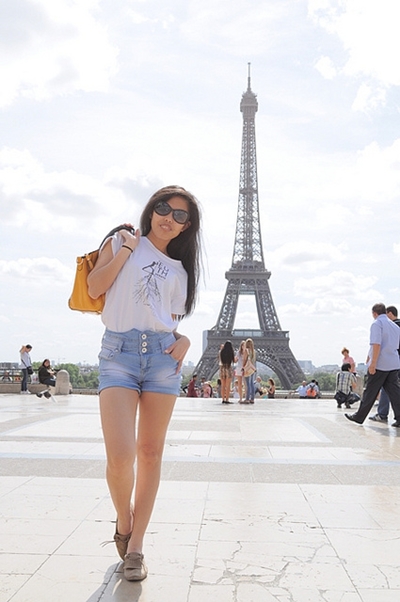 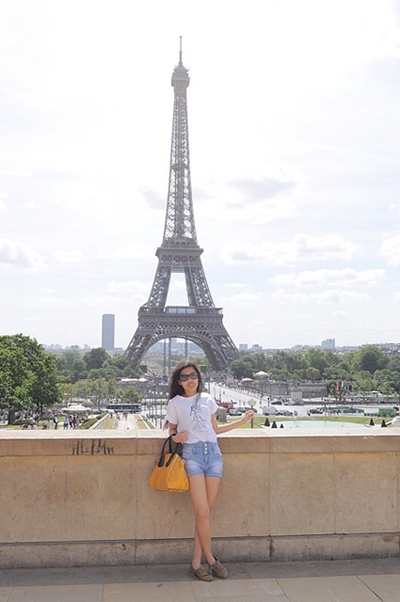 Nothing fancy, just a simple white tee worn tucked in high-waisted denim shorts finished with a pair of oxford shoes which were soft enough to not hurt my feet for a whole day of walking. 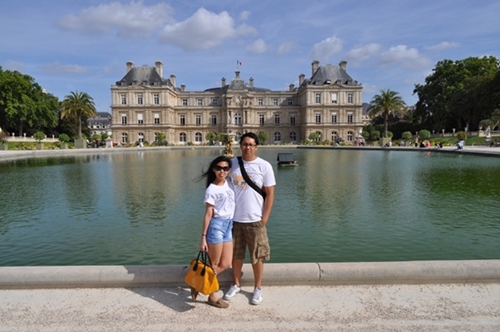 A palace in Paris, so magnificent! Breathtaking! Here with my husband.

Early the next day we visited the Château de Versailles, thirty minutes drive from Paris. Before we got to enter the palace, we queued for like an hour under the sun. The line was overwhelming, too many tourists were there.

I had a lot of photos inside the palace including beside the wall painting of Queen Marie-Antoinette but having the opportunity to pose beside these great shoes by Joana Vasconcelos which I first saw in June from an exhibition photo, is timeless. 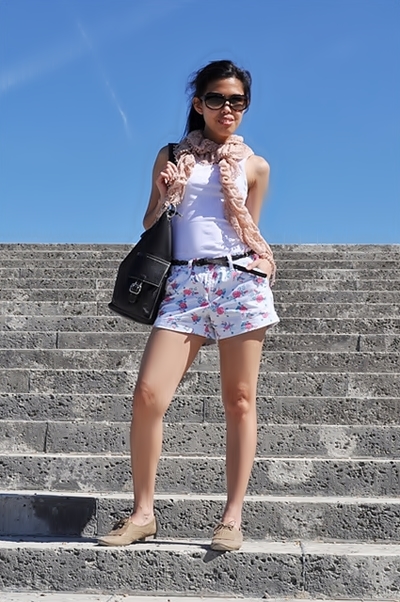 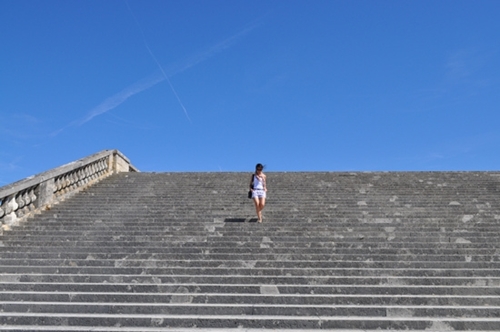 Trying to look chic despite the almost unbearable heat and non-stop sweating. I love this wide and long stairs, made me feel connected with the past.

When we´re done exploring the palace in and out, we went to explore the town walking straight to their wet market. We were surprised with how affordable the foods here, a lot cheaper than in Paris. 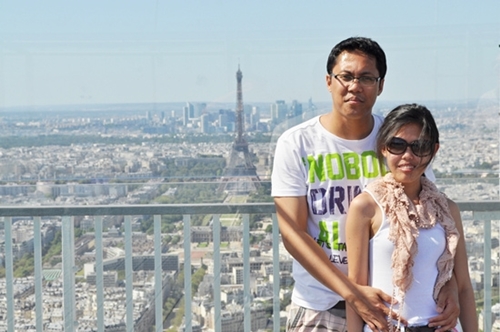 At noon we drove back to the city and our tour bus dropped us at Montparnasse Bienvenüe tower where we enjoyed the panoramic view of the city of Paris.

Now, this post is long. I hope I haven´t bored you. There´s one more outfit in Paris post coming, so stay tune.

How to Travel Light Yet Fashionable in Europe This Fall?
The Perfect (Comfy) Shoes to Wear to Long Flights
I´m Back from Vacation! All About My Three Weeks Getaway in Thailand
What to Pack for a Holiday in Thailand
Tweet
Pin2
Share1
3 Shares