Grief and mourning are very personal experiences. People have their own ways of commemorating the memory of a loved one that has passed on. Memorial services and funerals provide closure and support to the bereaved. Urns can be used as a large display of a loss that can be fixated in one’s home. Memorial jewelry is a highly personal method to honor the deceased in a customizable way.

Where does the tradition of funeral jewelry come from? Who started this trend? How has ancient cremation jewelry influenced the beautiful pieces, such as cremation diamonds, we see today? The following is going to cover the history of cremation jewelry and how it has evolved into the modern commemorative jewelry of today.

Historical records date the practice of remembering a deceased loved one through memorial jewelry back to the 1600s. 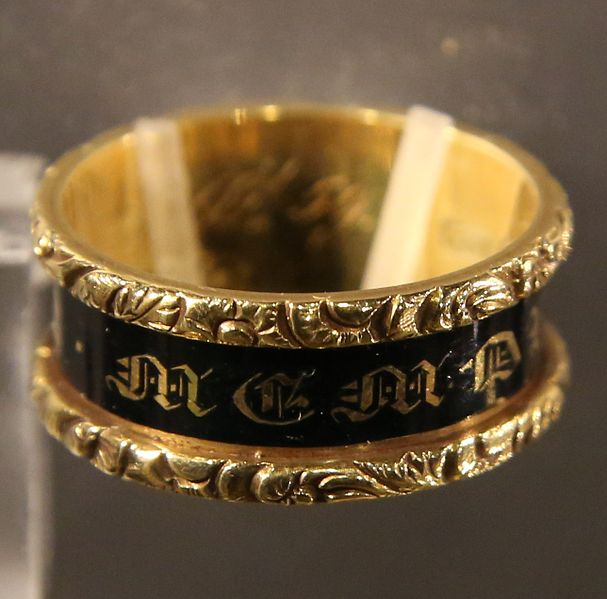 Designs and Trends of the Earliest Mourning Jewelry

From the 1600s to 1800s, cameo brooches with images of Roman and Greek figures were widely popular. Black enamel created an ideal medium to have a portrait of the deceased carved into the jewelry. In fact, the earliest cremation jewelry that came about in the 1600s often featured a portrait of a deceased loved one because there was no photography at that time, so this was a way to have a lasting image of the departed.

Among the earliest trends in cremation jewelry came collected hair, artifacts, monuments and the Celtic cross that were all popular to incorporate into the design of the jewelry. Men would often wear memorial cuff links or have a pocket watch that included the deceased person’s hair braided into the band or encased inside the piece.

Skeletons and skulls are common designs in memorial jewelry from the 1700s. Coffins are also widely used in these types of Macabre pieces. Urns and willows are also often used on these antique designs. Hair of the deceased was often used in creation of this elaborate jewelry and could be chopped up small and used with paint, weaved into the piece, or used to create shapes or designs.

The metals and gems used in the jewelry pieces have unique meaning. White enamel meant that the deceased was an unmarried woman who died a virgin. Pearls were used in mourning jewelry that represented the loss of a child.

Mourning Jewelry of the Victorian Era

The memorial jewelry trend spiked in popularity in the late 1800s during the Victorian Era. Coincidentally, the practice gained momentum because of Queen Victoria herself following the death of Prince Albert in 1861. Her mourning period lasted four decades, until her own death in 1901.

At that time, the royal couple’s physician advocated for cremation based on the belief it would help prevent disease spread as the population was rapidly growing. The queen wore black and was very public about her grieving period, and many followed suit. In fact, the courts even announced that the people should follow a mourning dress code of wearing black and that even “the jewelry shall be jet.” It was this decree and the Queen’s mourning that launched the idea of creating utilitarian Victorian Era mourning jewelry.

Even though cremation had been viewed by Christians and Catholics as taboo up until that point in history, this new era opened up the idea and the conversation about memorializing and celebrating the deceased in a whole new way. 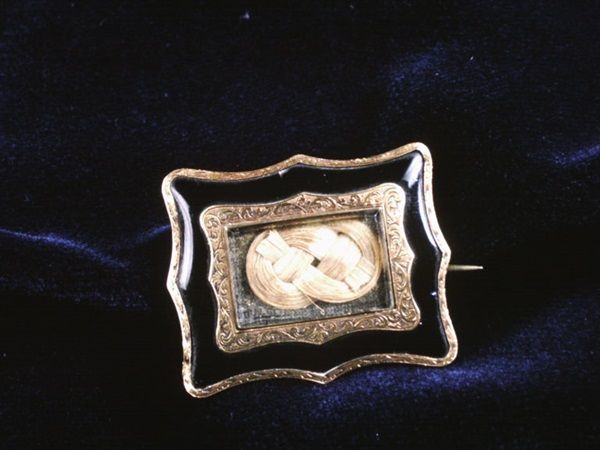 Various colors were used to symbolize the different stages of grief. According to the Victorian grieving procedure, mourning jewelry was the only type of jewelry allowed to be worn during the first two or three years of deep mourning. As the individual worked through the time frames of grief, the style and type of jewelry to be worn would change.

Turn of the Century Ushers in New Era for Mourning Jewelry

Around the turn of the century in the early 1900s, the introduction of photographs became an obvious match for the popular lockets and mourning jewelry from the century preceding. Many of the lockets featured lilies of the valley that was a flower that symbolized tears of the Virgin Mary and were common on mourning jewelry.

Other elements incorporated into early 1900s mourning jewelry include more contemporary art influenced by natural elements such as exotic orchids and other plants and flowers.

Sharp geometric patterns that celebrated the machine age adorned the jewelry of the era following World War II. Furthermore, exotic designs from the Far East made its emergence into the 1950s mourning jewelry. During this time gold became cheaper than platinum so it made its way back into the jewelry of those days along with dense concentrations of gemstones. Much jewelry of this era foreshadowed the modern jewelry and funeral jewelry we see today.
Mourning Jewelry of the Past Set the Culture for Cremation Diamonds of Today

Lab-made cremation diamonds didn’t make their appearance on the market until the mid-2000s. Since then, people have had the option to remember their loved ones in a very trendy and modern fashion by sporting these authentic, laboratory-created diamonds made from the carbon extracted from the ashes of the deceased.

Holiday Gift Guide: The Most Special Gift You Can Give To Your Loved Ones
Trendy Outfit Inspirations Without Sacrificing Comfort
Surprising Reasons Why You May Not Have Met Your Summer Weight Loss Goals
3 Steps to Strategize Your Next Shopping Excursion

Wanna Shake Up Your Wardrobe?

Download my free 35-page eBook, 30 Looks: A Daily Dose of Style Inspiration, to shake up your wardrobe in the next 30 days.

Get inspired and have fun with your personal style, enter your Name and Email Address to download the book.

What Type of Girlfriend Are You?

It´s important to know your personality type in relationships so you will have an idea what type of guy suits you best. Click the photo to take the quiz.