Have you tried layering a paisley print in blue over a paisley in red? I did just that for one of my travel outfits getting around Germany. I found a red sleeveless paisley print romper which was perfect for a staggering summer heat of up to 38degrees C. But if you live in Europe, you know very well how the temperature can swing from extreme heat to a sudden chill. So I picked up a bolero cardigan in blue and brown paisley print to throw on my shoulders in the mornings and evenings. 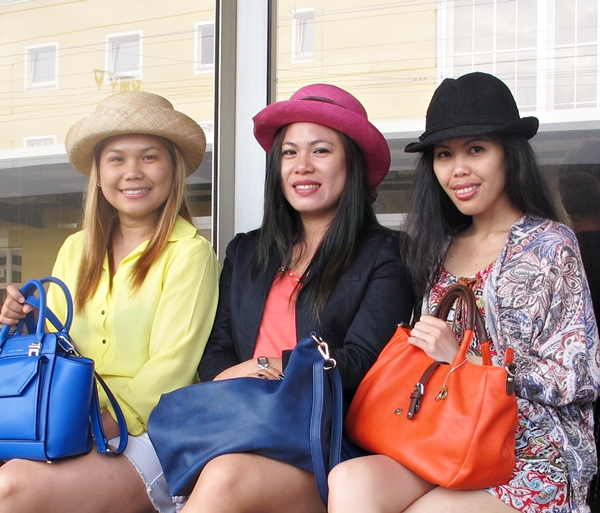 Chanty, Daisy, and I (Glee)

I´m back from a long holiday! It feels like that after two Filipina friends + colleagues who are working as teachers in Bangkok came for a Europe tour and spent a week getting around with me and my husband. 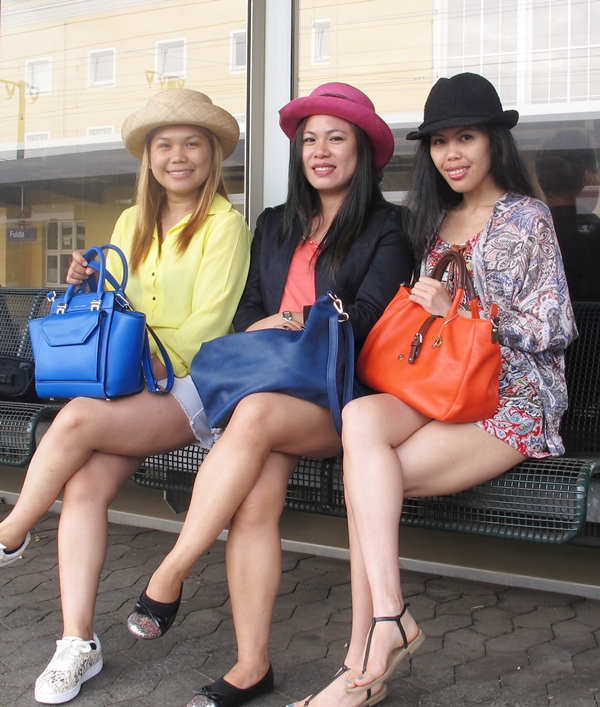 Chanty is the high school Maths teacher who replaced me after I resigned from the international school where I worked in Bangkok to join my husband in Germany. Daisy was a close colleague of mine and after I left, she and Chanty became close as well. They decided to do a Europe tour together and they came to visit me. 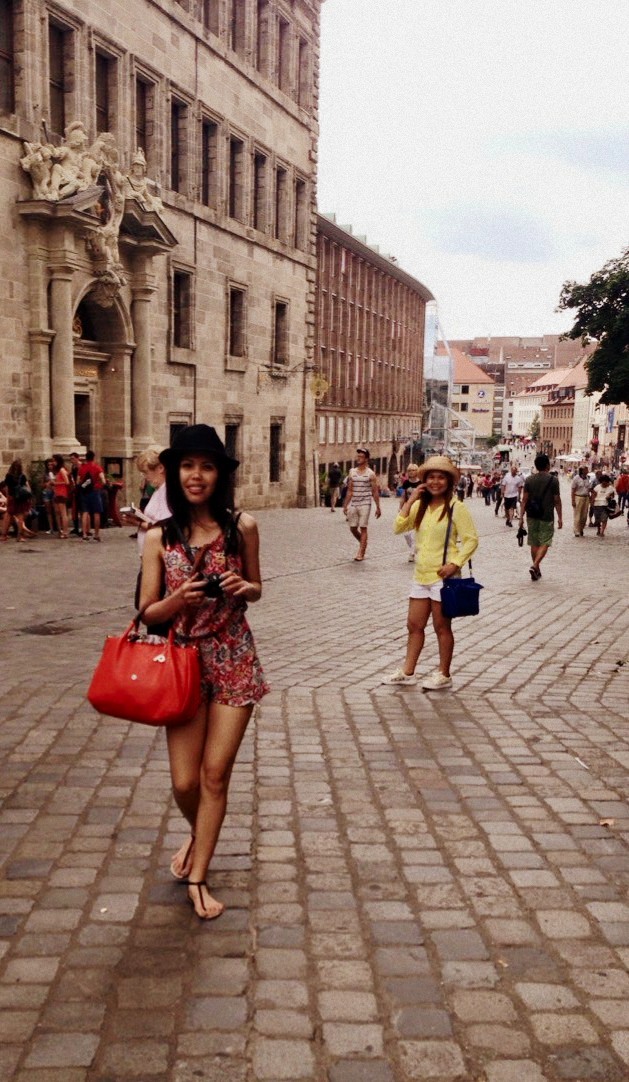 One of the cities we explored was Nürnberg (Nuremberg), in the German state of Bavaria. It is the second-largest city in Bavaria (after Munich). It has a beautiful imperial castle which we really enjoyed seeing. 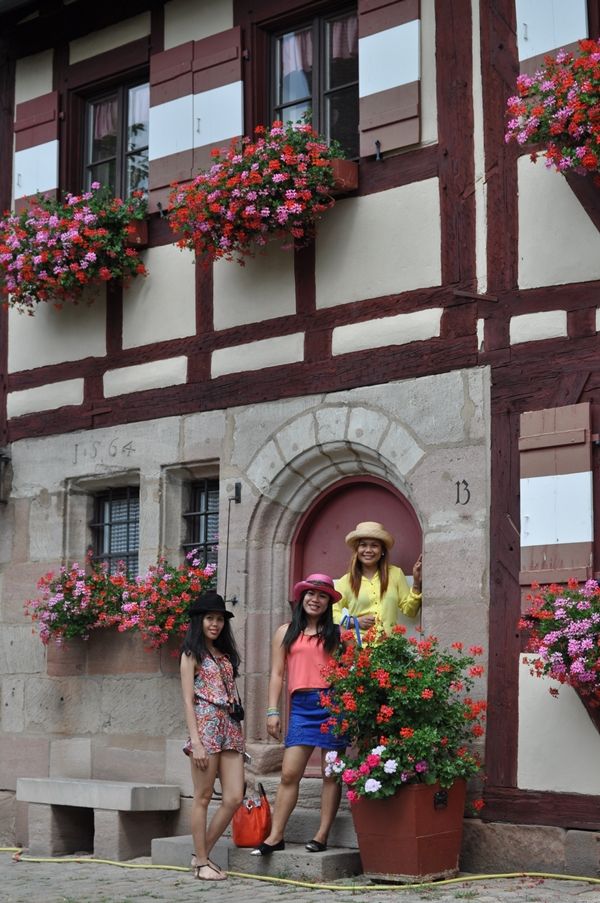 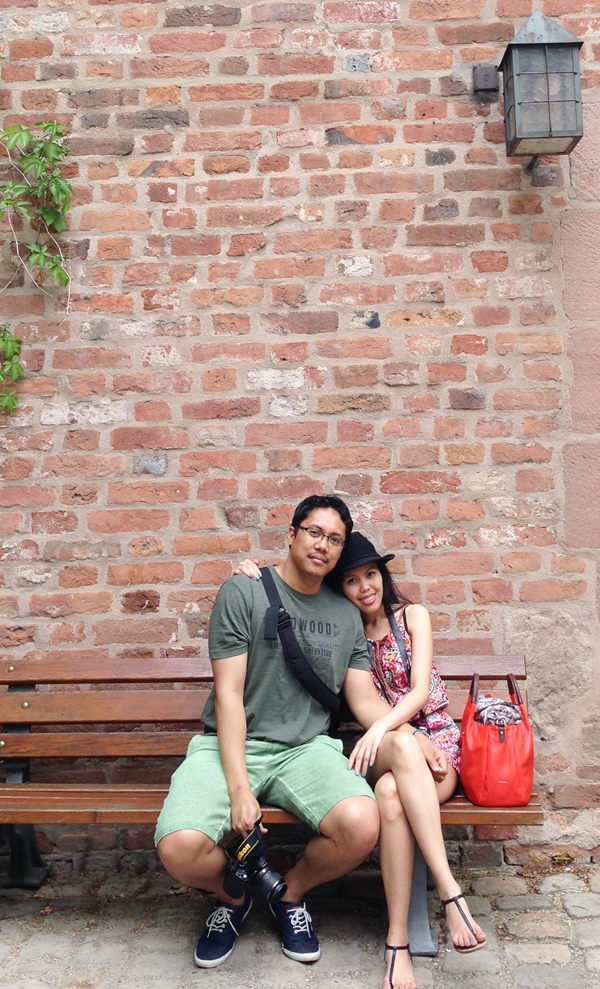 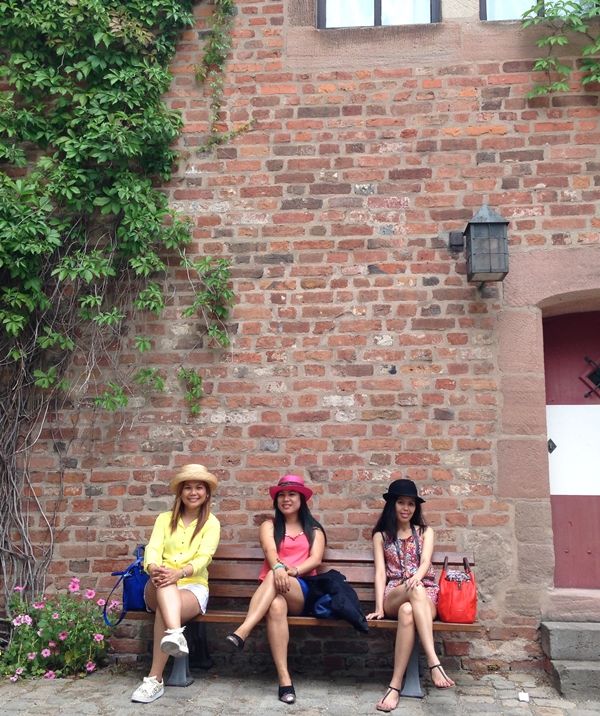 We walked around the city, took a lot of photos, tried some fruits and bought some flowers, and enjoyed some of their well-known delicacies. 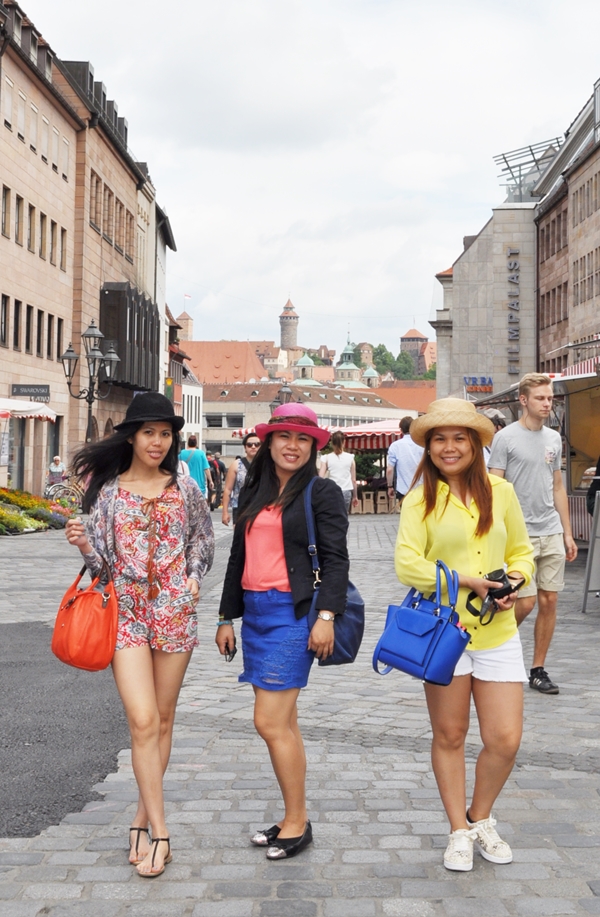 As you must have noticed, the theme for our getting-around outfits was bright solids/clashing prints + attractive bags and hats. We really had so much fun exploring Nürnberg. The atmosphere was friendly, laidback and relax. If you´re visiting Germany, make sure to visit this city too.