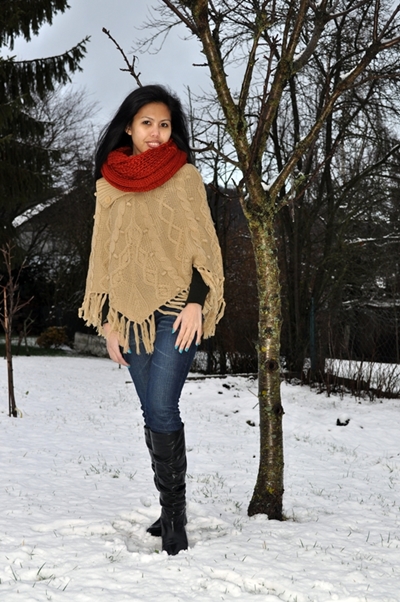 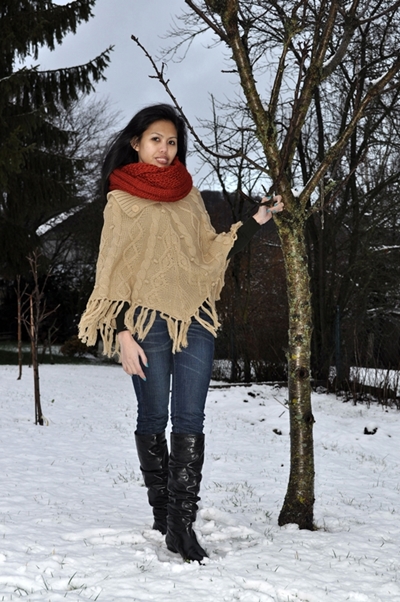 Just this morning I told my husband that I think it will not snow anymore. I felt that winter is almost over because yesterday, we had a really bright sun for like 2 hours after months of having only dark and gray sky. Focussing on the road while driving he replied, “I don´t think so.” He was right. Before noontime, while I´m in the midst of Deutsch class, my German integration course (it´s due to current law that foreigners are required to complete 600 hours of German language course for a B1 German Test), the rain poured heavily followed with lots of snow. Today is the second time for us to have snow (which lasts only less than 24 hrs anyway), for this winter so far.

My husband drove me to school at 8am this morning because he´s on holiday and he picked me up at 1pm. He brought with him our Nikkon 5000 so we could take my outfit photos outdoor. Unfortunately, because it wasn´t cold enough, the snow melted quick. We went to the mountains for a better view but it wasn´t as pretty as we expected so hubby decided we take photos in our backyard instead.

After picking up an orange nail polish (watch for it coming in my next outfit post) from our favorite store, we headed home and took these few shots. This is what I wore whole day at language school. My hair was actually messy due to the hat that I wore outdoors but I´m glad it isn´t so clear.