I recently added a new pair of leather riding boots to my closet. While at a shoe store, I was torn between a natural and a black – both in clean, simple styles. Eventually, I went for the latter because I have less black boots in my closet.

As it turned out, my pick of what style of boots to buy was unconsciously influenced by this year´s riding boots trend. This season, they are less rugged and more refined. They took a more elegant twist. If I have more extra cash at the end of the month, and if the nude boots that I fancied are still in the store, I´d go get them.

Are you also in the look out for trendy riding boots to spice up your fall and winter wardrobe? The trend has never been as classic and as versatile as what we´re seeing this season. 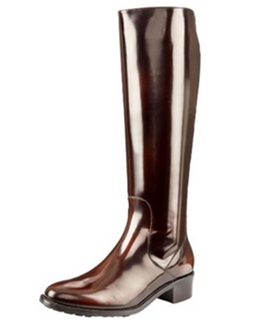 I envy those girls who can afford it ´cause I really love the boots. Its style is simple and very elegant. It features a banded elastic back panel which adjusts according to the thickness of your pants. I have to admit though, if I´m to choose between this brown brushed calf and this Aquatalia black calf, I wouldn´t know which one to pick. They´re just divine! 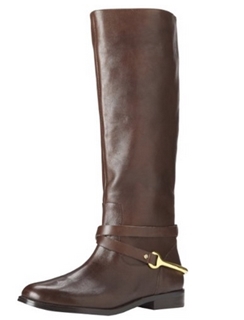 If you´re eyeing for boots which effortlessly set foot from the crowd, this Lauren Ralph riding boots are for you. They convey a spirit of heritage and tradition while still maintaining sophistication. Its best feature is the horseshoe-shaped harness that wraps around the heel for a slouchy metallic peek. 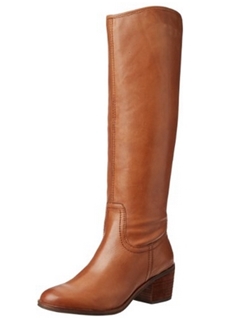 The boots that I fancy at the store look exactly like this – simple, unadorned saddle riding boot with two inches heel height. They´re of similar price too! As you can see on its boot opening and of its front view, this is a western-inspired riding boot that´s created with more elegance.

If you like how it looks, you should also see the Sam Edelman Women’s Penny Riding Boot with lower heels and find out why forty-seven customers are gushing positively about it. 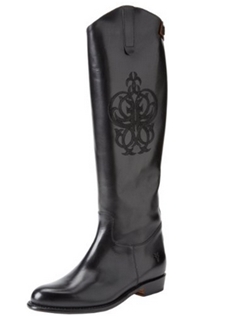 Just in case you´re looking for an adventurous, super classy black riding boots, you should check out this embellished and embroidered number from Frye. Luxurious is what describes it best. 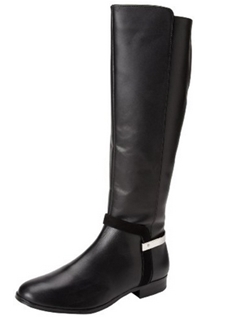 Pull out your fave denim jeans with this adorable Calvin Klein boots that feature suede claves and polish behind heels. It has a classic appeal with subtle trendy touches.

But hey! These are just some of the season´s refined riding boots. Make sure to check out the Along the Ride featured boots.