It´s officially fall! What best way to embrace the season than a look-back at the duchess´ beautiful coats? Let´s take a moment to recall all the stunning coats that Kate Middleton have worn both for fall and winter, and probably we could get a couple of ideas on how to jumpstart our fall wardrobe. It´s fun to be inspired. 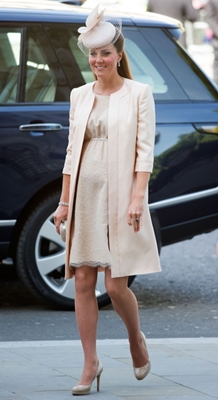 Kate wore a pale-pink bespoke Jenny Packham coat and dress and a hat by Jane Taylor to a ceremony at Westminster Abbey to mark the 60th anniversary of the Queen’s coronation. June 4, 2013. 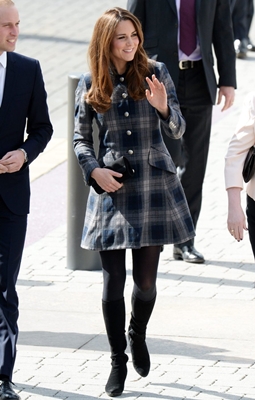 The Moloh-designed tartan coat Kate wore in Glasgow during a two-day visit in Scotland on April 4, 2013. 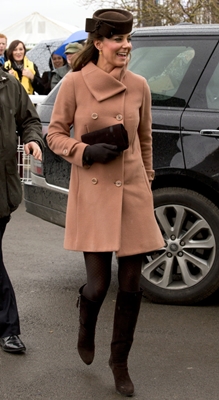 Pregnancy didn´t stop Kate from sporting a short hemline which she was seen in this peach, vintage-inspired coat teamed with Stuart Weitzman tall boots as she enjoyed a day at the races in April 1, 2013. She was also spotted wearing the same coat in 2007. 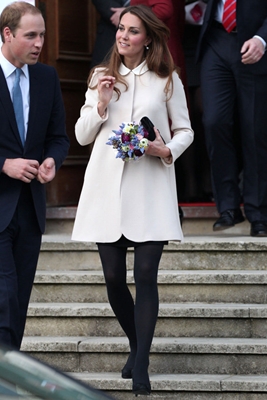 Kate is wearing a cream wool coat by British label Goat overtop a black and cream collared dress by Topshop, while visiting the Clare Charity Centre in the UK on March 19, 2013. 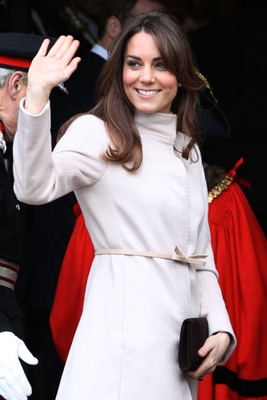 Middleton went for a soft pink Max Mara coat with a matching slim bow belt on a visit to Cambridge, November 28, 2012. 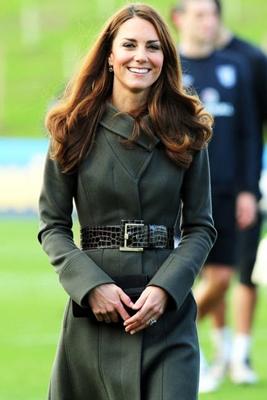 The Duchess wore an olive-green Reiss coat as she attends the launch of the Football Association’s National Football Centre in Burton in Trent, England, October 9, 2012. 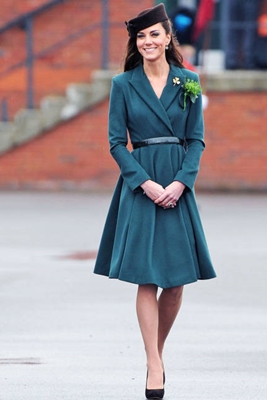 Kate opts for an Emilia Wickstead dress coat as she takes part in the St. Patrick’s Day Parade in Aldershot, England, March 17, 2012. 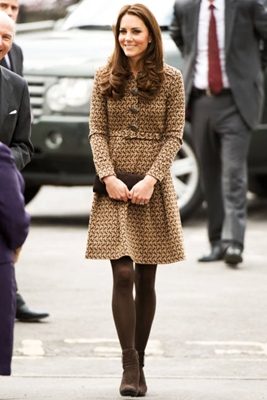 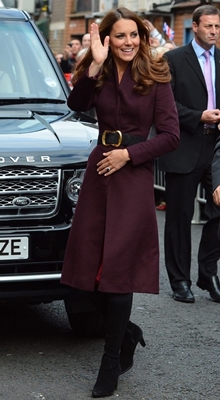 The eggplant-purple coat Kate Middleton wore in October 10, 2012 which was rumored to be her own design. She styled it with a wide Alexander McQueen belt, black tights, her black suede Aquatalia by Marvin K boots. 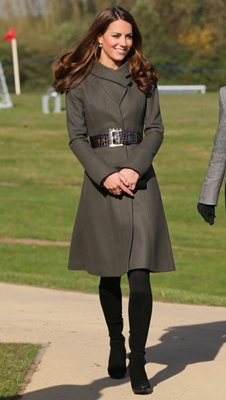 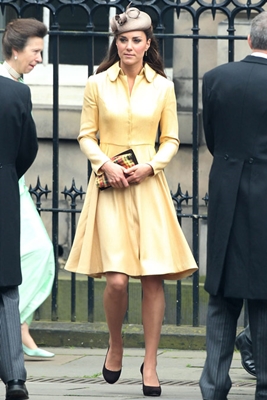 Kate Middleton wore a blue Missoni coat styled with a by London-based milliner Rachel Trevor Morgan, to join the Queen on her Diamond Jubilee celebration trail in Nottingham, in June 2012. 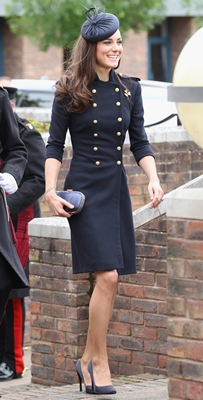 The navy blue military coat by Alexander McQueen that Kate wore to the ceremony at Windsor’s Victoria Barracks, that marked the Armed Forces Day in Great Britain, in June 2011. She polished the look with the navy blue headpiece which she later re-cycled to complete the blue Missoni coat. At the event, The Duchess and Prince William presented medals to members of the Irish Guards. 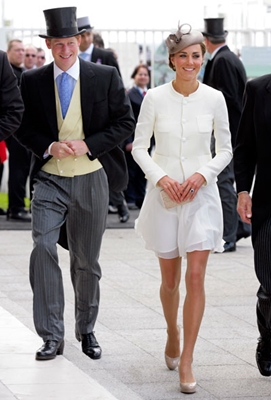 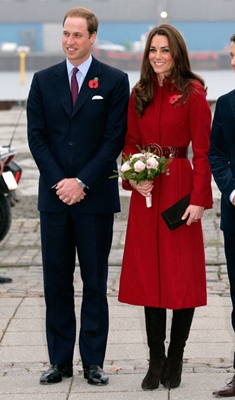 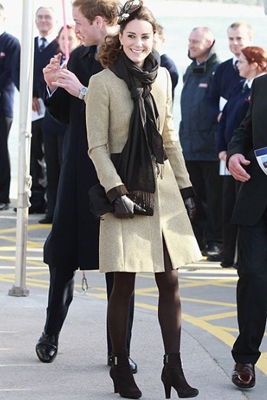 Kate Middleton wore an old coat by Katherine Hooker for her first public engagement in Anglesey, 2011. 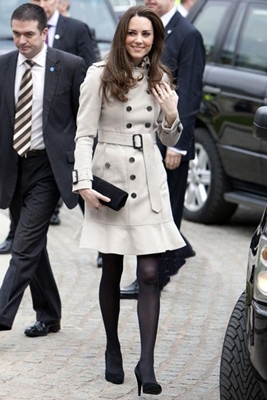 Kate Middleton visited Belfast, Northern Ireland with Prince William in March 8, 2011, wearing a double-breasted khaki trench coat by Burberry, featuring a wavy hemline and epaulettes at the shoulders, as well as a leather-covered buckle belt.